“White supremacy created America and is likely here to stay.”

Salim Muwakkil, [“Ta-Nehisi Coates and the Absurdity of Hope,” In These Times, November, 2017]

Why don’t I title this chapter, “I am a Racist”?  Because I never was that, though the distinction is subtle.  Perhaps I need to retitle “I am a Thief” to “I am Thievish” and “I am a Pervert” to “I am Perverted.”  You see, I am racist and not racist, thievish and not, perverted and not.

I have racist reflexes, sometimes racist thoughts, but I never had a racist ideology.  I fall well within the spectrum of “white liberal” regarding issues of race.  I hope that my chapter on Enid made clear that I am not anti-black [I use the term “black” reluctantly, as a forced choice; the many alternatives that have proliferated are beyond my comprehension.  My first impulse was to capitalize the word; but “white” seems most natural uncapitalized.  The same reasoning applies in the use of “indian,” though in this case my automatic dictionary advises me that it’s “supposed to be” capitalized.  But why emphasize the word?  That, in itself, seems racist.  Dictionaries, like all books, must be handled according to one’s judgment.]; but the word “nigger” comes unbidden all too often into my conscious mind.  This does not especially distress me; many ugly impulses come welling up from the unconscious, and all the conscious good will in the world doesn’t seem to change this much.  To feel guilty about these thoughts would be absurd.

It is not enough, however, that the N-word receives no welcome by my consciousness, nor enters into my public behavior.  It is shameful that I have done nothing to advance the cause of racial justice; but, sitting here by myself, I do not feel particularly guilty about it, any more than I feel guilty about having done nothing to advance other just causes.  About these facts, I should properly feel guilty, which may merely be typical “white liberal guilt,” a subject that I cannot properly address because I don’t understand it.

There is nothing I can say here that hasn’t been said a thousand times more forcefully, and with a million times more authority, by others who are better informed and more committed.  All I can reasonably offer here is evidence of what I see in myself.  In the next chapter I try to look further into this phenomenon.

The one time I accidentally entered a building full of black people, I got the hell out of there!  This was almost forty years ago; if it happened today, I might do the same thing, or I might at least talk to some people, and I can’t say which is more likely.  The occasional interactions I have with the black homeless persons of my present neighborhood have partly relaxed my anxieties regarding poor black people; we seem to relate as poor people and not as black and white.  Admittedly, my “poverty” is financially on a different plane to that of the homeless.

My experiences in prison definitely stoked my anxieties regarding black people and other races.  Explicitly, there was one black man who ruled by intimidation my pod at Fresno County Jail and another who intimidated me personally, one-to-one, because I didn’t shower enough to suit him.  It was their intimidation, and not their race, that was important; yet it was my reflexes regarding race that were affected.  Again, the impulse to racism must be overcome by thoughtfulness.

At Terminal Island, matters were somewhat different because the races seemed to me more overtly divided, though not necessarily automatically hostile.  In a way, it was Fresno County Jail writ large:  at the jail, races divided among available tables at mealtime, while at Terminal Island, races divided among rows of tables.  Various gang memberships, of which I was scarcely aware, formed more divisions under the racial divisions.

In each place, I had friends of any race, and only in one case did race become an issue.  At TI there was one black man with whom I was friendly, to the extent of loaning books and so on; he advised me after a while that he was getting pressure from other black inmates to end this relationship.  I think in his case the problem was that he was already quite isolated from the other black inmates, because I had no such problem with a relationship of much longer duration with another black man who was not isolated, Solomon Tekle.  Or if Solomon got pressure, he never told me of it.  I mention his name here because I believe that he would approve of it, in which confidence I am likely mistaken; since I am prohibited any contact with any inmate, I am unable to confirm this.

My point here is emphatically not to show that “I am a friend of the black man.”  My friends while incarcerated, and before and after, have been overwhelmingly white.  I’m including this material at all because first, I feel that it’s relevant to my theme of “what an asshole I am,” second, because I think it’s of some interest, and third, because I never spend much time thinking of “my racism,” so it could be therapeutic in the long run.  That these few thoughts could have any importance to others seems highly unlikely.

I am The Bleak Philosopher and a writer. I am also an ex-con and my site is monitored by the feds. Try my blog for book reviews, diary extracts, unprofessional philosophizing and neuroscience, whatever I can think of to make this blog interesting. Sometimes accused of having a dry wit. View all posts by Alan Carl Nicoll 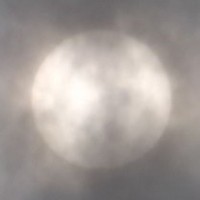 These be the pages

Most things people believe are false

Ramblings About Self-Esteem and Other Things

I am an ex-con, "The Bleak Philosopher," and a writer seeking publication, trying to save the world. I write about philosophy, psychology, literature, writing, my daily life and reading, and whatever I can possibly make interesting, but the bulk of the posts are lightly-edited diary entries. I've been accused of having a dry wit. This site is monitored by the Federal government. Thanks for lending an eye to this blog.

Essays, Reviews, and Random Ramblings on Whatever